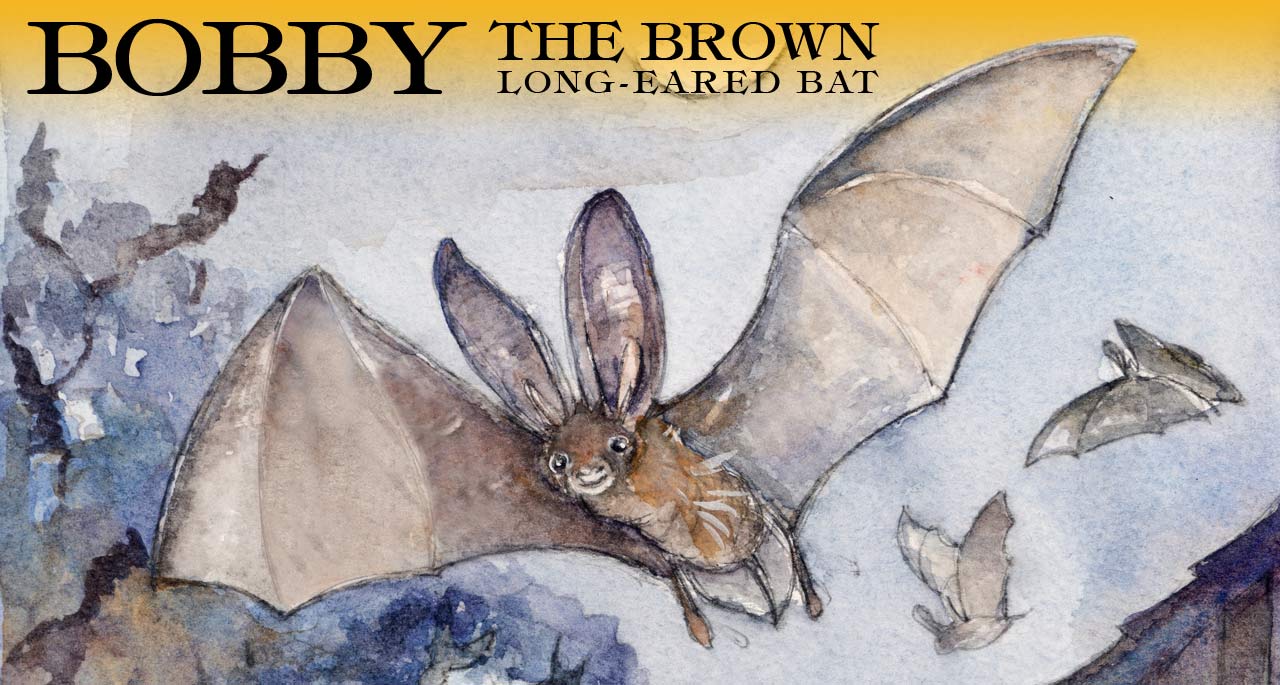 In the UK we have 18 bat species (sixteen are recognised and known to be breeding). Just one lonely Greater Mouse-eared bat (officially declared extinct in the UK in 2002) has been located in West Sussex, and more recently, the Alcathoe bat species has been discovered.

Worldwide there are more than 1300 species of bat!

Bats are impressive creatures! They are the only group of mammals to have developed the ability of true flight and they can easily fly through narrow gaps. Hunting mostly at night, they have very few predators, and as long as they are living in a good environment with lots of food and roosting opportunities, bats may live a long time compared to their small mammal friends the shrews and mice. A Brandt’s bat was recorded to live until 41 years of age, a Brown long-eared bat 30 years of age and a little Pipistrelle bat, our smallest bat species, 11 years of age.

How do bats see?

Bats have eyes that allow them to see in the dark. They see distance very well but for vision close up, they use a clever technique. Do you know what it is called? It is called Echolocation. Bats make high pitched batty squeaks and the returning echoes that bounce off objects, help bats form a picture. Different bat species echolocate at a different frequency and this helps us determine which bat is near-by when using a bat detector.

So bats eyesight and echolocation allows them to avoid obstacles and detect food.

Imagine being able to make noises to help you ‘see’. In fact, humans can do this. A child who is blind has been taught to make ‘tick’ noises and the returning echoes helps him form a picture of the area in his mind. Amazing!

What do bats eat?

In the UK, bats eat mainly insects. Can you think of any insects that fly at night which bats may eat?... Well, they could eat mosquitoes, flies, moths, beetles and even crickets and there are probably a few more! The Pipistrelle bats are very useful in your garden, eating over 3000 mosquitoes each night!

Abroad, in warmer climates some bats eat nectar, pollinating the plants as they go. Fruit bats, as the name suggests, eat lots of fruit and also help with plant dispersal.

Blood! Indeed, some bats eat blood. They don’t suck the blood, they lick it. They may bite for example, an ankle of a farm animal such as a cow or pig and an anti-coagulant in the saliva stops the blood clotting so they may drink it. They only take a small amount. Upon return to the roost they might regurgitate and share some blood to feed those in the roost that didn’t go out to feed.

What are bats doing now?

Summer: If you are like me and born in June, in the northern hemisphere, then you will share your birthday with a bat! Bats take about 6 weeks to grow from furless pups no bigger than an adult thumb to be ready to go outside and find food. They spend the hot summer days in the roost which could be found in places such as caves, old buildings, loft spaces and holes in trees. What makes holes in trees? The woodpecker and some times rot may cause cavities. Bats rest by hanging upside down by their feet and they have a ligament which clamps so they do not have to use energy clinging to their perch. This is also useful to help them avoid predators who swoop to catch them, as the bats save time by just dropping away.

Autumn: Bats continue to feed on warm nights and have put on weight to survive the Winter hibernation (known as torpor). Bats swarm in huge numbers and mate at this time.

Winter: Winter is a time to sleep and it is known as torpor. The bats’ temperature and heart beat goes down to save energy. Ideally bats will have found a nice cool place with a constant temperature to settle through-out the Winter and this may be found in caves, tunnels and cellars perhaps.

Bats may come out on warmer nights but there will be fewer foraging opportunities.

Spring: Bats are a bit skinny now having used up their fat reserves over Winter and foraging starts as soon as the weather is suitable. When mum thinks there is enough food for her to have her baby, she allows her pregnancy to start. Remember mating took place in the Autumn but it is Spring that mum allows fertilisation to take place. It’s very clever!

The life cycle of the bat beings again...

I hope this gives you a general idea about bats and what bats are up to. For more detailed information, please do go to the Bat Conservation Trust website here.